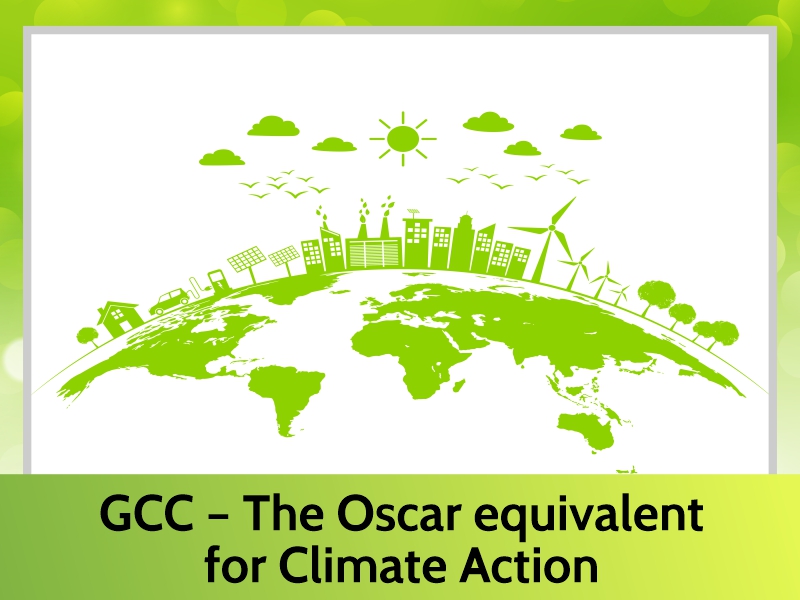 “No challenge poses a greater threat to future generations than climate change. We are the first generation to feel the impact of climate change and we are the last generation that can do something about it.” – Mr. Barack Obama, 44th President of the United States for the period January 2009-2017.

Long-term climate shifts are now being felt across the globe. India itself is under an unpredictably high heat wave, which has been worsening since the last few years. The acute burning of fossil fuels (like coal, oil, and gas) that produces heat-trapping gases has been the leading cause for this criticality. Warmer temperatures over time are changing weather patterns and disrupting the usual balance of nature.

As stated in the now famous quote by ex US President Obama, we are the last generation who have a chance to do something about this climate crisis and help restore the planet given that there is no planet B and this is the one home we all have.

While climate continues to feel the heat across the globe, the world has considerably evolved to understand the crisis and take corrective measures. Though there is a long way to go, it is heartwarming to see individuals, corporates and countries increasingly become conscious of their carbon footprints.

The Kyoto Protocol of 2005 played an important part in increasing this awareness worldwide to reduce GHG emissions. It is since then that many more climate projects have been commissioned with a clear vision to reduce harmful emissions. Nations have started considering climate crisis as a serious issue and engaging in formulating carbon emissions standards and guidelines. Climate conversations are slowly becoming more structured even as efforts are being made in the right direction to rehabilitate the planet.

Climate projects when and implemented in a planned manner not only help reduce to emission levels but also generate carbon credits, which can be monetized for additional revenues. Green projects aiming to generate carbon credits Carbon credits make their way into the market by way of issuance by a standard setting body that certify the credits issued by a project. The issuance is against every ton of GHG that is reduced, stored, or avoided.

GCC – no less than an Academy Award for your climate project

There are many international standards under which climate projects can be commissioned to enable the projects to earn carbon credits. One such standard is the Global Carbon Council (GCC) that is based in Qatar and is today, MENA region’s first and only voluntary carbon offsetting program.

It is a new initiative by the Gulf Organization for Research and Development (GORD), which aims to build a sustainable and low carbon economy through standardized green projects that drive the global vision of reducing carbon footprints.

Global Carbon Council (GCC) follows simple yet stringent user-friendly methodologies that are transparent and robust. Given its numerous qualities, GCC also has a global recognition that its regulatory framework has all requisite elements that assures permanent emission reductions  that are highly credible and integral for the entire ecosystem of environmental restoration.

GCC’s documentation framework facilitates businesses to submit their GHG emission reduction projects under it. The project is evaluated through an independent, transparent and objective process. GCC will then issue the emission reduction units (termed as “Approved Carbon Credits” or “ACCs”) that the project achieves in a given monitoring period of the project, after ensuring a rigorous monitoring and independent verification according to approved standards.

With the help of GCC, public and private organizations as well as governments can develop strategies, policies and measures for short-term, medium-term and long-term goals on carbon neutrality.

Get your Oscars for Climate Action today!

Given its well defined and extensive researched structure for the standardization to ensure complete efficacy of climate projects, GCC ensures that the projects generate carbon credits that have the highest market value over other voluntary schemes like UCR.

All of these qualities together make it right to say that GCC standardization for climate projects is indeed akin to winning an Academy Award – the Oscar itself and will certify any and every climate project as wholesome and a true trademark for climate action.

In case you have a project activity commissioned after January 1, 2016, you need to ensure to register under GCC at the earliest since the July 5, 2022 timeline for this will be here sooner than you think. In case project is already registered under any other GHG mechanisms, there is a scope to migrate the project under GCC and ensure you get the Oscar too, yes you read that right!